When you go to Italy the Italians will tell you that Columbus was an Italian and came from Genoa. If you go to Portugal, they will say that he was Portuguese and there is a large monument in Lisbon to celebrate the fact. Go to Barcelona and there is a monument there also. Maybe he was Catalan too.
Ask the English and they say you can find him on Google and shrug their shoulders.
The King of Spain paid for the trip so the Spanish may have a claim also.

However, when Columbus returned from the Americas to spread the good news; remember he had to get back, there was no Skype to say "Hey guys just found this great place". He was met with both acclaim and scepticism. Feeling slightly miffed that there were those that claimed, it was nothing, it was easy, anyone could have done it, he set forth a challenge.

So stand an egg on it's end, he demanded. 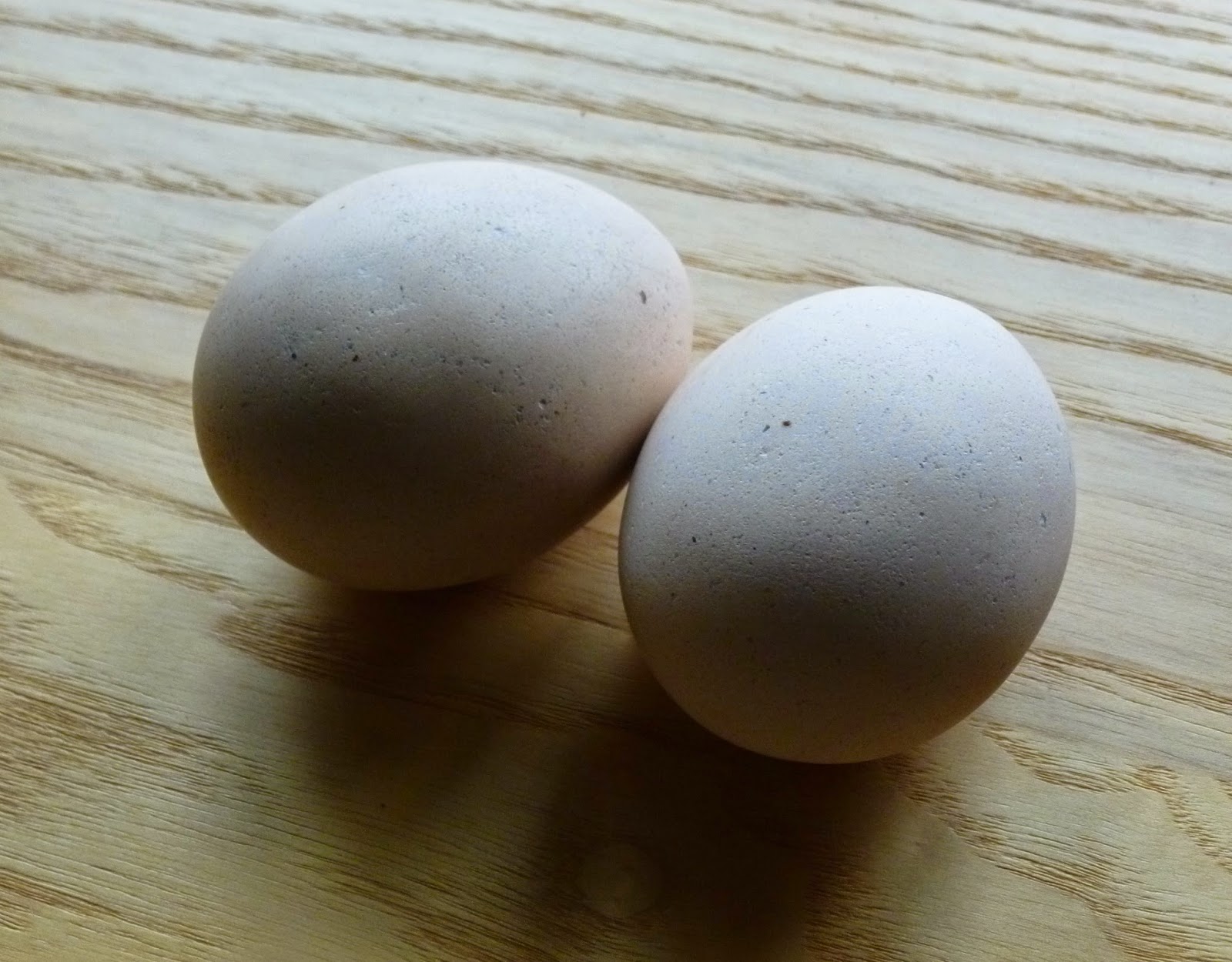 Now we all know that this is not possible. Chickens are not stupid, they don't want people standing eggs on their ends, you wouldn't need those little racks in refrigerators or egg boxes.
Everyone failed the challenge, so Columbus picked up the egg and stood it on it's end.
Columbus was a sailor and to navigate he used a compass and he understood magnetism so maybe he employed a magnet and a nail to stand the egg.

The Egg of Columbus was the challenge set this year at Swalmen Keramiekmarkt for the Larouche prize.

Now the ash has settled and fluxed there has been time to reflect on firing No. 19. Not to bore you with the mundane task of placing pots in a kiln, shovelling ever increasing amounts of wood into a hungry furnace until little pyramids bend over. The object being to get the ones at the top of the kiln, where it is hotter, to bend the same as the ones at the bottom where it is cooler. When that is done, you clam up all the air gaps and go lie down somewhere cool and have a beer.

On the surface one firing is much the same as another in this little kiln, but when I go back through the log sheets I can see that I now fire for longer and get much hotter, with much more confidence than those first few firings. Some potters give their kilns exotic names:- Eclipse, Solstice, Phoenix,  which suggests an intimacy I don't yet feel I have earned. I don't have a name for mine; just little kiln. It's a tool that completes the final part in the long process of making a pot. 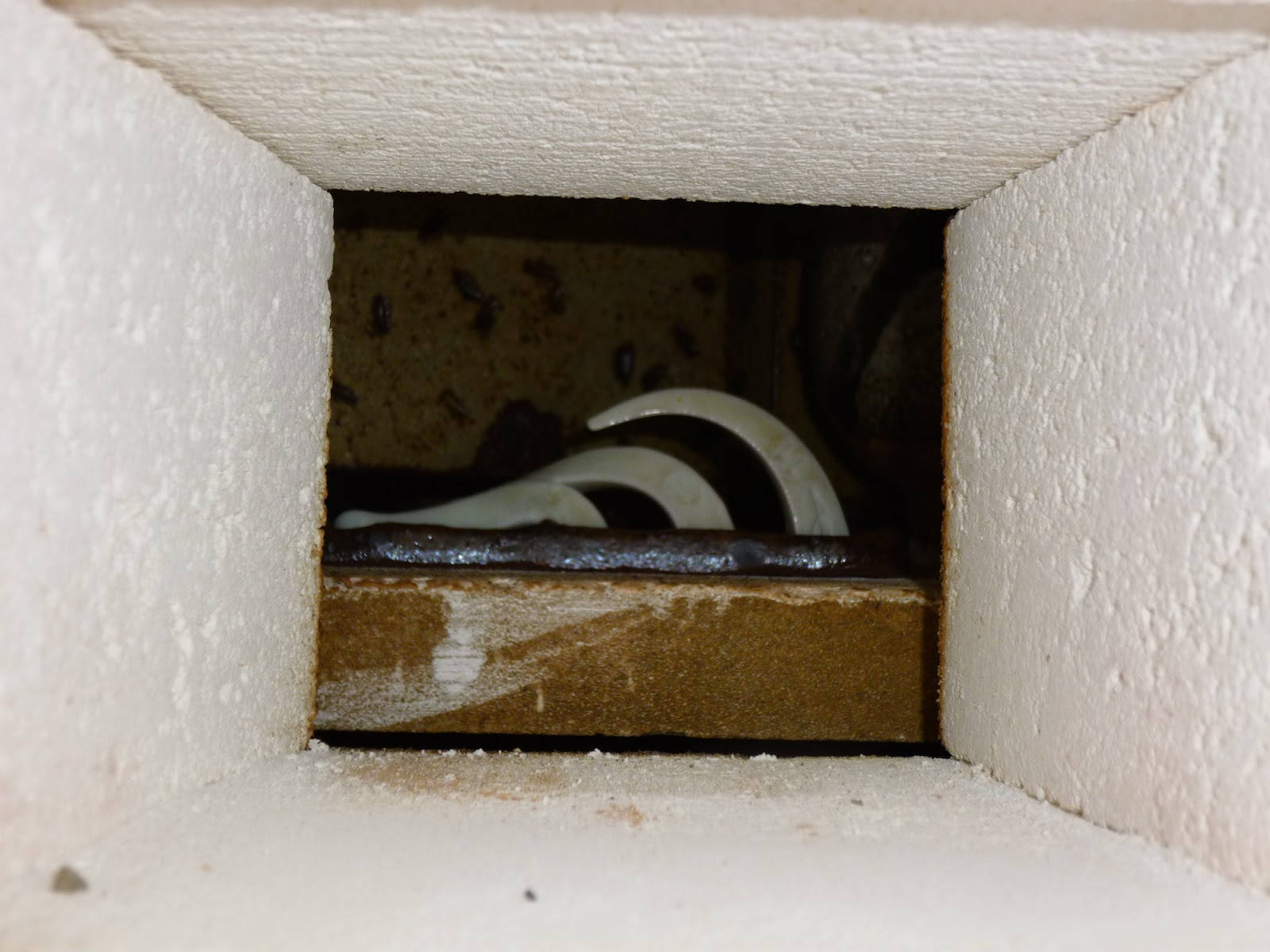 We have a love hate relationship. I hate it when the temperature resolutely refuses to climb. I love it when I take down the bricks to the wicket and there are treasures within. 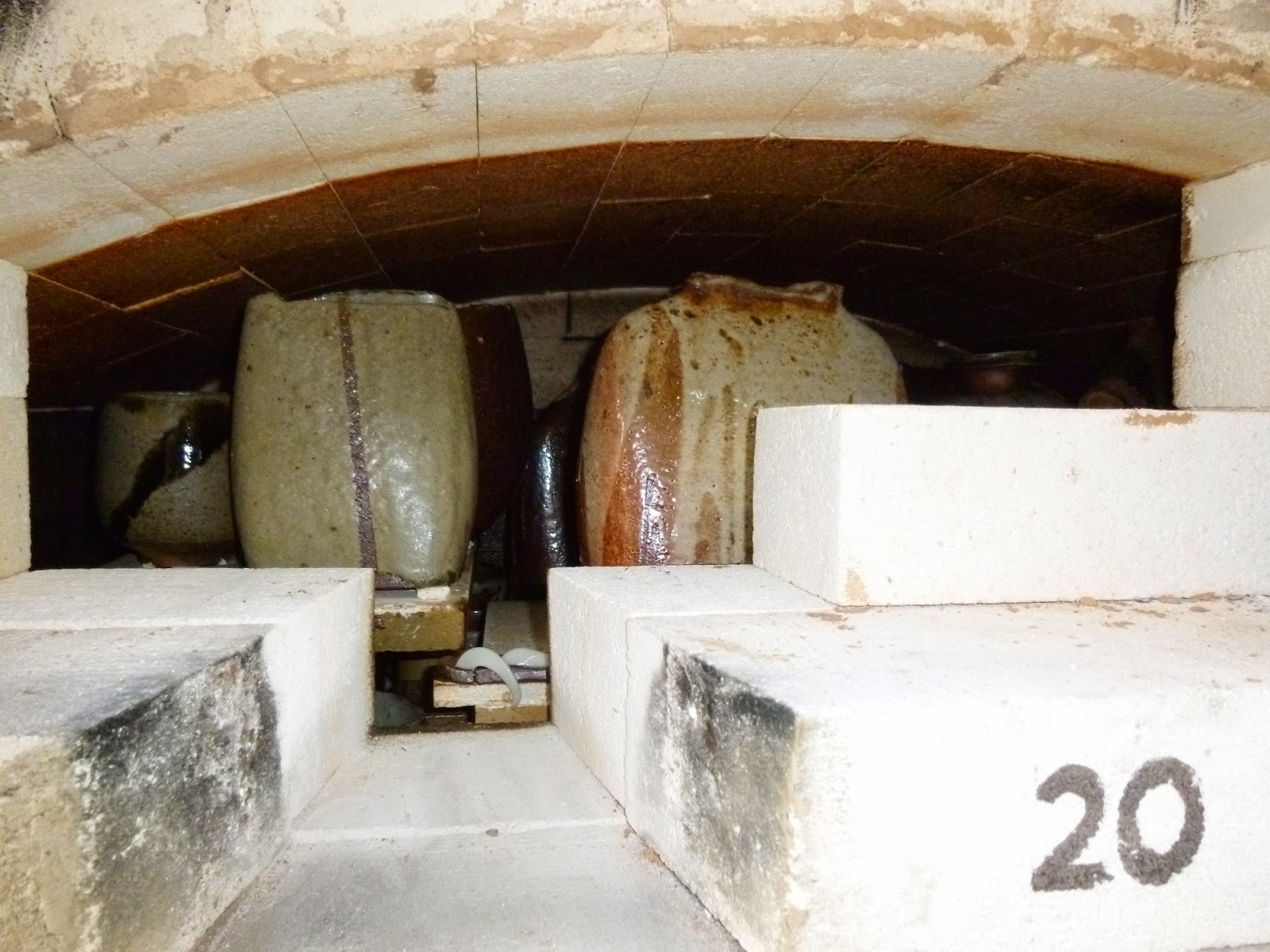 So was firing No. 19 any different? There seemed to be a few more pots squeezed in. The box shapes were placed diagonally this time, so that a corner faced the flame, instead of being broadside on. There were more bigger pots at the top and their shapes were more aerodynamic in profile, hoping to coax the flame through the kiln, there were less open spaces with little sacrificial pots placed in gaps between  big bottles. The wood was dry but it was mainly Poplar, which did not produce the heat I was looking for, so there was much playing around with dampers and amount of air being allowed into the kiln. We got there in the end, but it seemed at one stage that this firing might take a while longer than usual. As it turned out, thirteen hours was about the same as the last four or five firings.
The start and finish are always the same, what happens between varies slightly, but compare the log sheets and the similarities are amazing, it just doesn't seem that way when the concentration is full on and the outcome so critical. This little kiln knows it's own way home now and the stoker is an interloper, fussing and messing, not always listening or alive to the signs being given out. 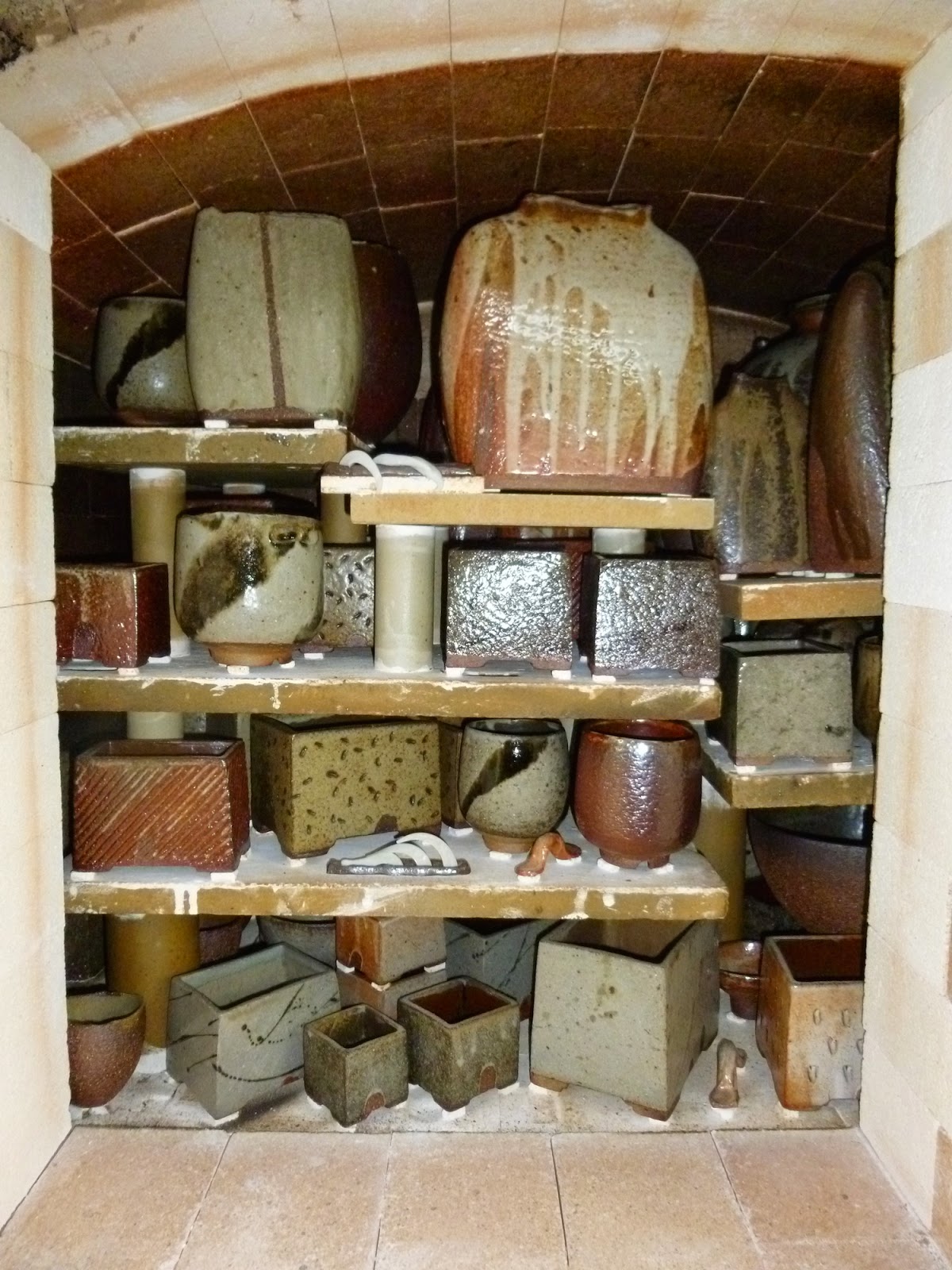 The results? Some splendid pots from the top, some pleasant surprises from the bottom cooler places. Longer at mid temperature, but more even throughout. A bit more carbon trap maybe but no significant differences overall and diagonally placed boxes fire more evenly with less warping.
So some small lessons learned that can be taken on to firing no. 20, the quest for knowledge about what really happens inside that red hot, bricked up space continues.

Kiln and stoker consider themselves satisfied, both are doing well. There is only one plan and that is plan A. 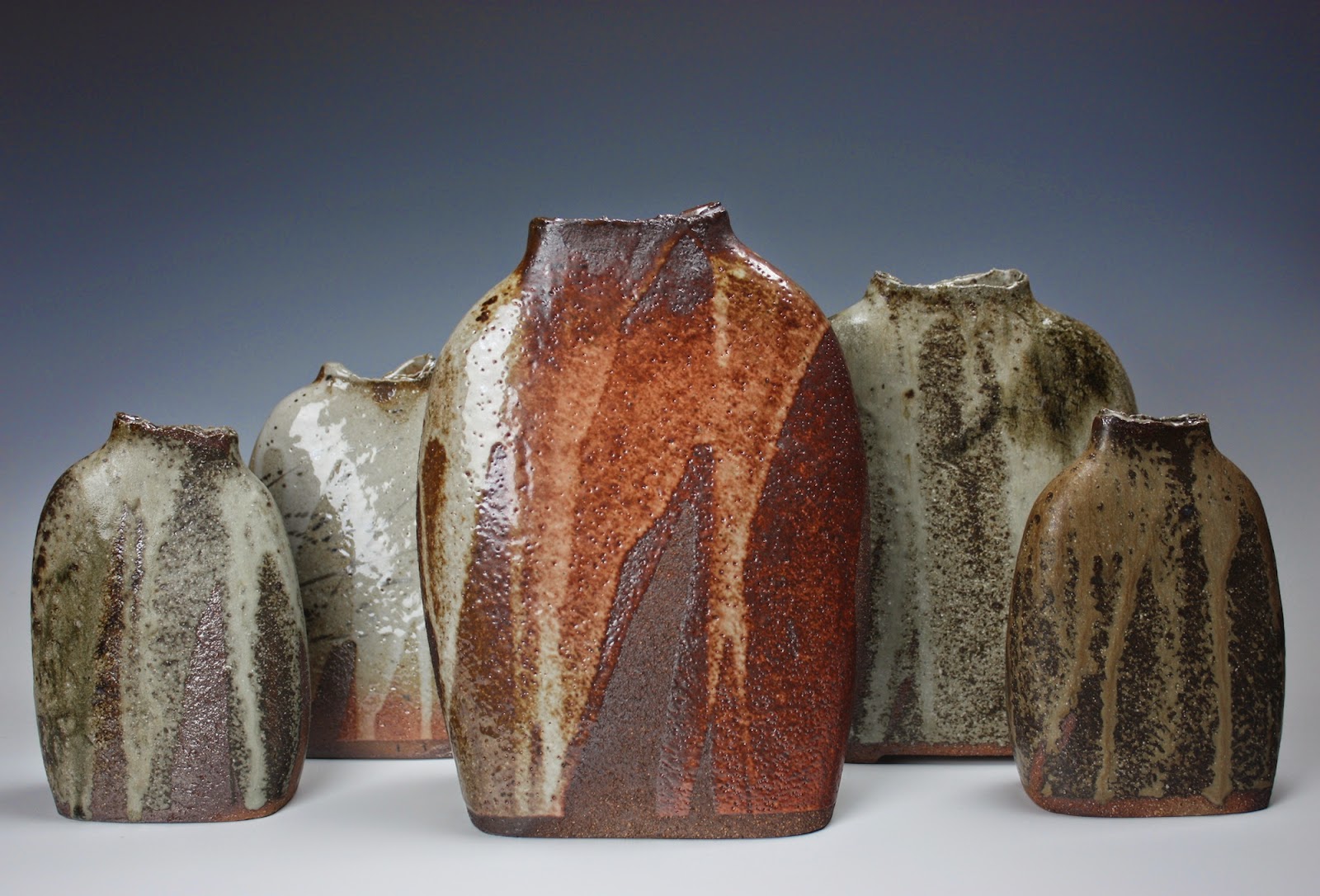